Another week’s in full swing and it’s stereotypically English. Grey, wet and dry, cold and warm, perfect for layering your clothes as there’s no way you can actually figure out what weather appropriate clothing would be. I love wearing a top and just throwing a winter jacket or a coat over, but that usually results in me boiling to death halfway to the tube (and I’m not going to describe how it feels when actually on the train, let’s just say it’s not pleasant). But enough about the fashion vs temperature challenges, let’s think about what we can all get up to at the weekend. After all, it’s going to be here in no time (or so I hope says she looking longingly at the clock). And don’t forget to check out previous posts for even more ideas.

Things to do in London this weekend, Saturday, 24th October 2015

Saturday brings a huge flash mob to Covent Garden Piazza with the Thrill the World London. Thrill is an annual worldwide simultaneous dance of Michael Jackson’s “Thriller.” It’s also the biggest zombie dance performance. You can register to dance, attend classes to teach you the steps or just show up to watch (but get your zombie survival kit out). 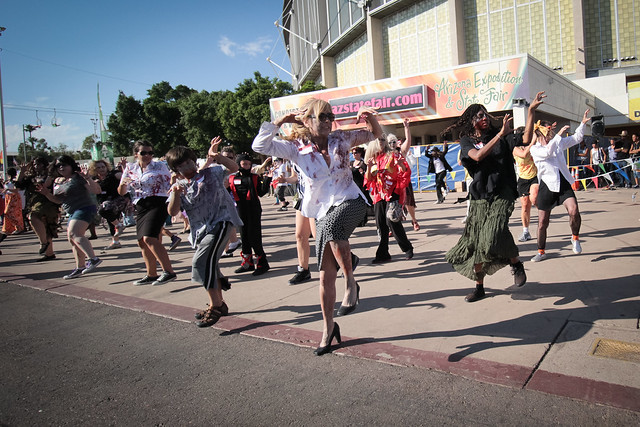 Fashionistas will enjoy the Liberty in Fashion exhibition at the Fashion and Textile Museum between 9th October 2015 and 28th February 2016. The museum’s in Bermondsey and adult tickets are £9. In their own words The exhibition explores Liberty’s impact on British fashion, from Orientalism and Aesthetic dress in the 19th century, through Art Nouveau and Art Deco in the early 20th century, and the revival of these styles since the 1950s. 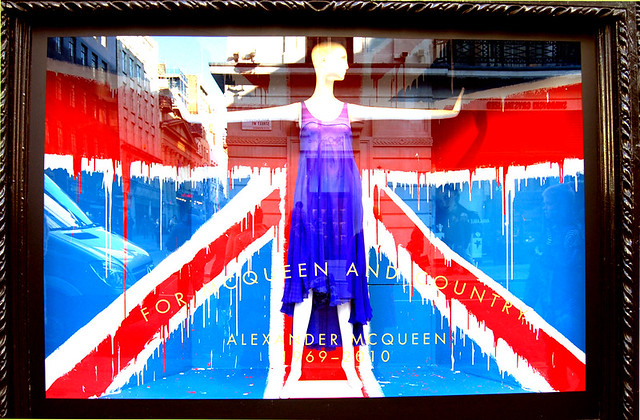 If winter isn’t your favourite time of the year, you can experience that summer filling by attending London Surf Film Festival, which celebrates surfing’s hottest releases, writers and aims to preserve and communicate the spirit of surfing. It’s on at two venues, at The Genesis on 16th and 17th October and at Regent Street Cinema on 23rd and 24th October.

Cats: The Musical is back by popular demand, but for a limited time only. The shows start on 23rd October and go on till 2nd January 2016. It’s on at the London Palladium and was completely sold out last year. If you’re a fan of musicals, this one is unmissable.

NFL is back on Regent Street this year. The event is free and was attended by around 600,00 people last year. The event celebrates Sunday’s game between Buffalo Bills and Jacksonville Jaguars. The programme begins at midday with the famous Ohio State University Marching Band. There will be appearances of NFL teams, performance by the cheerleaders, music, shopping and such. 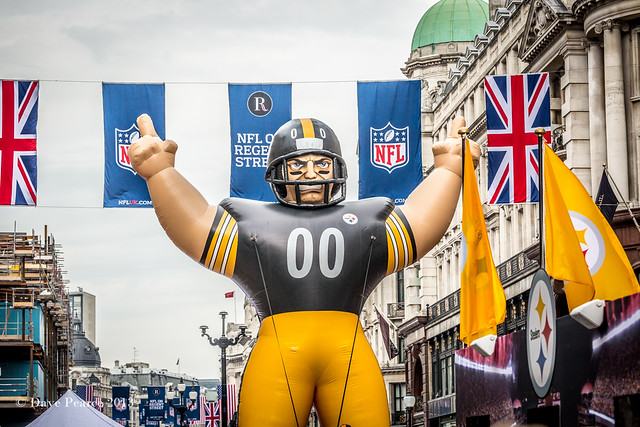 Soho, one of the most interesting London areas at any time, but this weekend you can experience the legendary punk rock sites of the area with a little help from Flipside London Tours. Punk was born on Kings Road in Chelsea, but it matured in Soho’s bars and streets. The walk starts at 11am and costs £9.

£3 will get you entry into the Vaults at Waterloo for the screening experience of ITV’s new show Jekyll and Hyde – a sneak peak before it airs on TV. You’ll even get a complimentary mocktail, canapés and a drink token, just make sure you don’t cause one of Dr Jekyll’s anger outbursts. 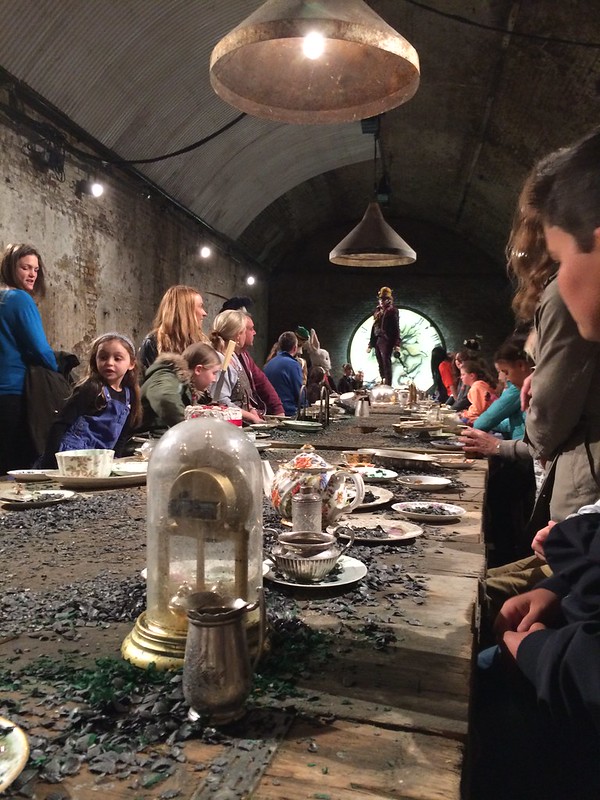 Things to do in London this weekend, Sunday, 25th October 2015

U2: Innocence & Experience tour is in London till 3rd November. Single tickets are still available for the 3rd November, but you can still grab a VIP Package for other dates. 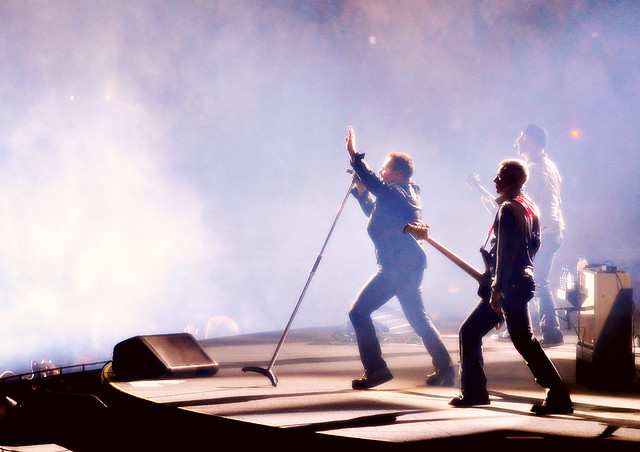 My one-track-mind is thinking of food again. London Restaurant Festival 2015 is on. Well, to be honest, it’s on for a whole month, the whole of October that is. There’s Michelin-starred restaurants, but also small local eateries and there’s still a chance for you to catch a bit of the festival. The festival is designed to raise awareness of the amazing places to eat that London is full of as well as acknowledging the pleasure those places offer to all of us.

Into The Hoods: Remixed is back at the Peacock Theatre. It’s a revamped version of the hit show that hit the stage in 2008. It’s a hip hop musical created by dance troupe ZooNation and somewhat inspired by Sondheim’s Into the Woods. All the reviews promise this to be the show that brings the audience to fever pitch.